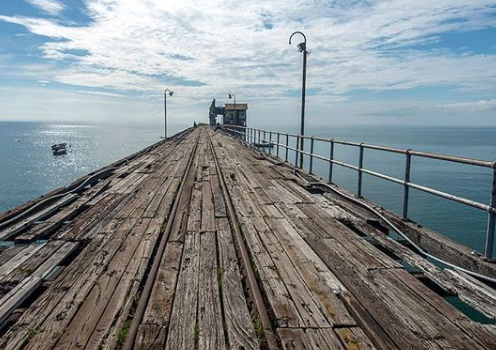 Better days are coming for the District of Barú! 2021 will be the year that long overdue progress begins, starting with the construction of the Puerto Armuelles multi-purpose fiscal pier. In addition to the pier, projects such as the Malecón and the Airport are part of the new plans for the area. 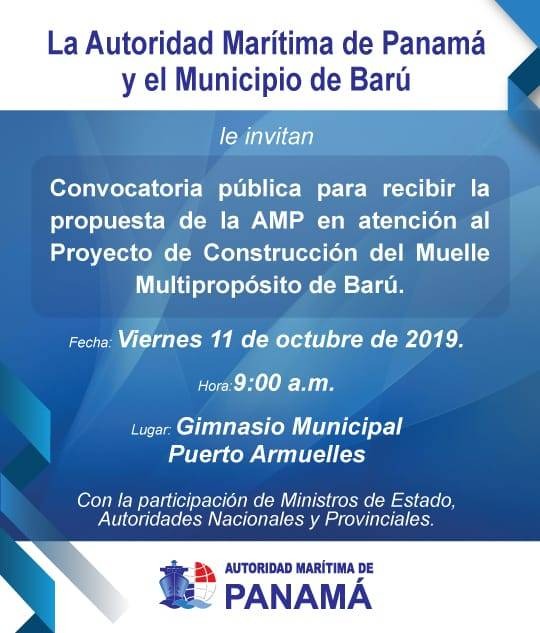 On October 11, 2019 there was a “standing room only” crowd at the gymnasium in downtown Puerto Armuelles. The excitement was in anticipation of the presentation of proposals for the new multi-purpose pier, and other projects, to reactivate the economy of the area. Several high-level government officials were present, including the Mayor of Barú: Marcos Beitía, the Administrator of the Panama Maritime Authority (AMP): Noriel Araúz, the Minister of Housing (MIVIOT): Inés Samudio, and head of the Panama Small Business Association (AMPYME): Samuel Bardayan. The crowd was not disappointed!

The presentations included proposals for the new multi-purpose pier, as well as additional projects such as the coastal strip (boardwalk) and the Airport for Puerto Armuelles. MIVIOT talked about the need to upgrade infrastructure and provide additional housing to those in need. Tourism and agrobusiness were two of the industries being focused on for growth. There was a slide presentation, but it was hard to see from most vantage points in the room. The authorities expressed the importance of their joint participation in the studies, planning, and implementation of the proposals. They also stated that consensus of the residents, associations and members of civil society present, as well as the local authorities, deputies and representatives of corregimientos was needed to proceed. That got a resounding applause and input from several key members of Puerto Armuelles society. 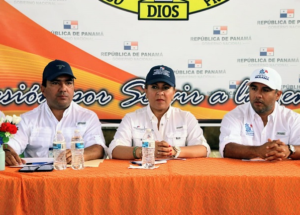 Inés Samudio, of MIVIOT announced: “I bring you good news from President Laurentino Cortizo, who asks us to work as a team and align as institutions and one of his main instructions is to uplift the important towns and cities of the country”. She went on to say “We can build ambitious infrastructure, a large port, a coastal strip and a good airport, but if we don’t have the systems we don’t go anywhere, because the systems indicate the direction of the city. You must know where we are going to grow as a population and where industries, businesses, residential areas, housing and infrastructure go. And that is why the help and consensus of the community is sought and it is a commitment to you from the authorities.” Samudio went on to present the MIVIOT plans for the 2020 study, execution and implementation of the Land Management Plan for the Region of Puerto Armuelles. She said that coordination and orientation meetings with the authorities and municipal engineering have already been initiated. She also said they’d like more residents to have Title to their properties here in Puerto. Maybe it will become easier to get title in the future? 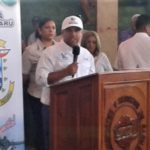 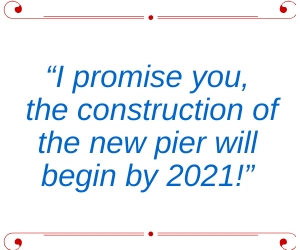 Noriel Araúz (AMP) provided details about the future construction of the Multipurpose Fiscal Dock in Puerto Armuelles, “with the aim of promoting national and foreign private investment, as well as the economic and tourism development of the region”. He went on to say, “We are committed to lifting Puerto Armuelles” and “Puerto Armuelles is the star that will illuminate this administration; This area will be a logistic center in the district of Barú. A port for the porteños!”. There was a bit more detail about the various projects planned for this area, including new housing, a Cinta Costera, and fishing & tourism promotions. The importance of the airport being finished was also included. Araúz said that a team of qualified engineering professionals of the AMP is currently in Puerto Armuelles, conducting the studies to determine whether the dock should be rebuilt or a new one built. Araúz has made visits to Holland to study new technology in floating piers, as a possibility in Puerto. Designs and construction of the new dock will be assessed, and a budget will be presented in the next two months. 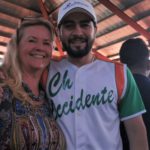 Samuel Bardayan (AMPYME) told the crowd, “With the reactivation of the fiscal dock in Puerto Armuelles, a range of opportunities for entrepreneurs is opened and there will be the AMPYME to train and promote them. I am sure that AMP administrator Noriel Arauz will do his best to make this happen as soon as possible.”

The Civil Aeronautics (ACC) administrator, Gustavo Pérez, announced that his organization coordinated with the National Land Administration Authority (ANATI), for the granting of the certificate of Title to the Puerto Armuelles Airport.

The Mayor, Marcos Beitía, went on to say that he supports these plans for the growth of Puerto Armuelles and will cooperate with the various agencies to help make them happen. 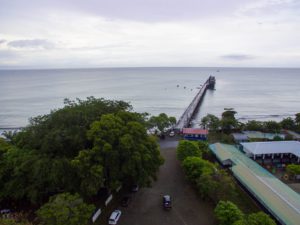 The good news is that there is collaboration among the government agencies, and the blessing of the president of the Republic of Panama. It really felt like these organizations are on the same page for once. The highlight of the meeting was when Noriel Araúz pointed at his watch and said, with conviction, “I promise you, the construction of the new pier will begin by 2021!” That brought a round of applause throughout the gymnasium.

These projects are long overdue and good days seem to be ahead for Puerto Armuelles and the District of Baru!!!

Several slides from the ACPN Vision were shown at the meeting. See those here: ACPN VIsion 2020