Click on the name of a neighborhood for pictures, a map, and more details about the area.

Downtown is made up of mostly small commercial shops and buildings. It starts near the Dolphin Monument and goes down to the pier. For a list of businesses in Puerto Armuelles, please see the Business Directory. 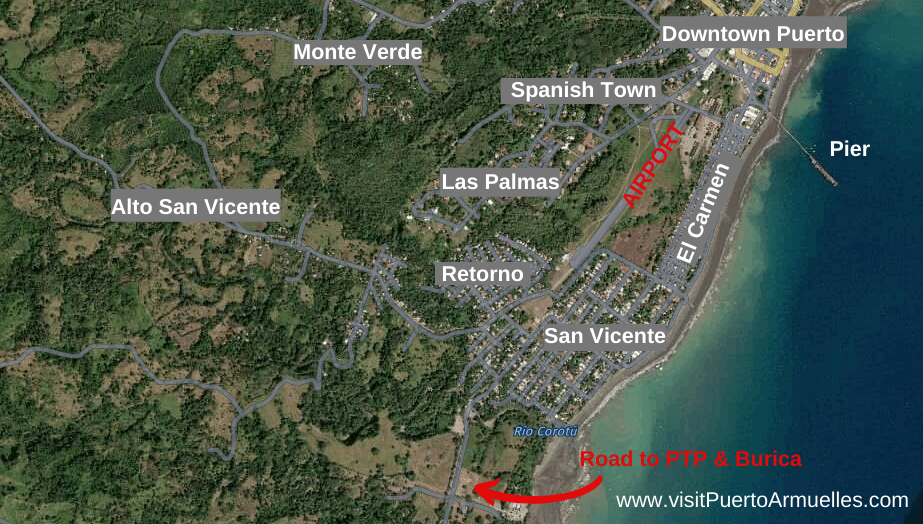 El Carmen was originally built by Chiquita Banana (United Fruit Company) nearest the pier because it housed the laborers who packed bananas, worked on the dock, and loaded the ships with bananas. It runs from the pier south, along the beach.

Las Palmas was built by the Chiquita Banana Company in the 1930’s through the 1950’s. It was an exclusive gated community that housed the company executives. 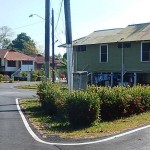 Spanish Town is very similar to Las Palmas and located right next door. The homes look alike, but the lots tend to be smaller so the homes are closer together. The original residents were mid to upper management employees of the Chiquita Banana Company. 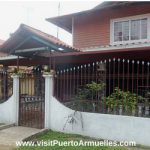 San José is a colorful little barrio located on Avenida San José, just before you cross the last bridge into town and across from the public library. It is a more ‘tranquilo’ neighborhood, comprised mostly of working class families who have lived in the same homes for many years. 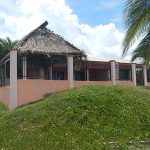 El Palmar is a fairly large community located in the corregimiento of Puerto Armuelles, district of  Barú, province of Chiriquí. There are at least 3 sections of El Palmar known as El Palmar Norte, El Palmar Centro, and El Palmar Sur (where the beach communities are located).