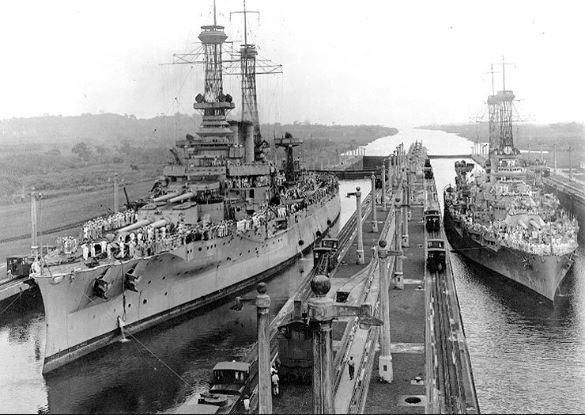 I always wanted to return to the islands and early in 1942 Harriet and I, accompanied by John and Jessie Mase, made a special trip from Puerto Armuelles to Cristobal where we stayed in the Hotel Washington and made arrangements for a coastwise boat to take us to the islands. But by then the United States was involved in World War II in the Pacific. 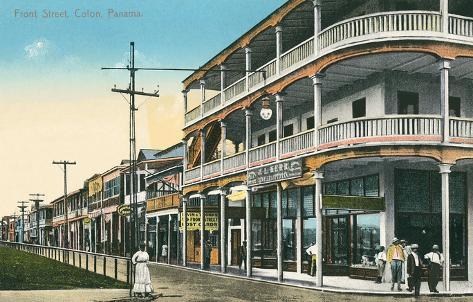 We appeared at the dock on schedule early one morning but the skipper informed us that the port was closed, with a submarine net across the entrance, and no traffic allowed to enter or leave the canal. We soon found out why as we watched an almost endless convoy of all types of warships come into the harbor and enter the canal on their way through to the Pacific. We tried again the next morning, with the same results — so we never made it. No doubt the Indian maidens were disappointed.

To prevent being a target for Jap or German bombs or shells, Panama City was completely blacked out, all window curtains drawn and the few taxis on the streets operating with no lights, and with a midnight curfew in effect ~ the city was almost ghostly quiet. After several hours of “cambiando Impresiones” our voices were probably slightly raised since the desk called a number of times asking us to quiet down, which we would do for a few minutes while waiting for some more ice from the bar. 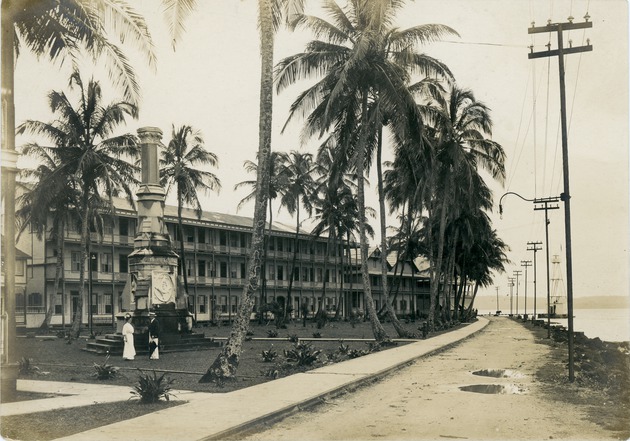 Eventually, there was a knock on the door and four Panamanian soldiers, all armed with rifles, said they had orders to detain us. Reggie, who spoke perfect Spanish, and was a polished diplomat, offered them drinks, which they accepted, and explained that he was on his way to Colombia on important government business, and showed them his plane ticket for early that morning. He also told them that the Mases and us were on a special mission to the San Blas Islands in the interests of Panama, and that he was leaving immediately to get his plane; that the rest of us were going to retire and there would be no more noise. After another round of drinks, the soldiers, now our big pals, left and even ran down a taxi to take Reggie to the airport.

After a couple of hours sleep, the Gronbalds took the Company plane back to San Jose and, with the Mases, we caught the morning train to Cristobal. We didn’t get to the San Blas Islands, as I explained earlier, but the exciting several hours with Reggie and the Gronbalds made the whole trip worthwhile.

Stay tuned for PART 14 of this story!