In part 3, Mark Trafton Jr. describes how the banana farms were started and a little more about daily life on the fincas, as well as the duties of the Woodland Overseer.

A woodland overseer’s duties were to give out and price work to contractors for the various jobs – digging hand drains, under-brushing, lining, digging “seed “, planting, felling, making roads and bridges, etc. He would check each contract daily, keeping a record of cubications on shovel work in drains and canals as well as hectareas completed of the other field operations. When a contract was completed to his satisfaction he would pass final reports to the foreman who would enter each contractor’s ‘fork, and the amount due him, on the payroll. There were only a dozen or so contractors on a farm and each one paid his own laborers, so payrolls were one-page affairs~ quite different from the many pages of individual workers on the sugarcane farms! 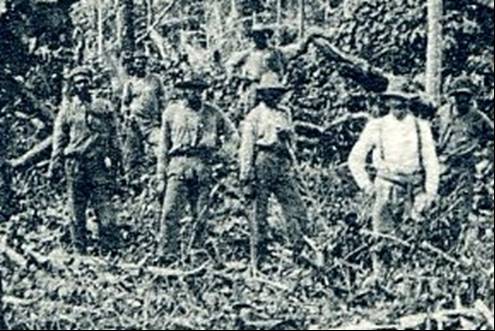 Work days’ started early taking advantage of the relatively cool (80) early mornings when the sun was low. By one or two o’clock in the afternoon most laborers were through for the day and back in camp. Then, in Esperanza, we overseers would ride our mules to the nearby Chiriqui:’ Viejo river where we would “bathe” and lounge for a while. The laborers bathed further down the river but our little “playa had a little gravel beach when the river was low, was always shared with our wash-woman, a local Chiricana woman who had a hut close by. As we bathed she would layout our clothes she had washed the day before banging them on a flat rock, and then start on those we had just removed. Her clothesline was some bushes along the river bank. The water in the river was clean and cool since its headwaters were at 8,000 feet up in the nearby mountains. There was a fairly fast flow at’ Esperanza but the water became saline about 8 miles downstream where it entered the Pacific through its large delta. 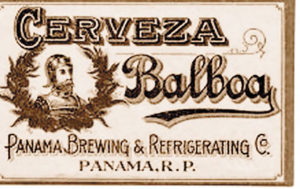 After bathing and dressing in our “clean” clothes, we routinely rode to the small thatched “commissary” where we would spend the rest of the afternoon drinking hot beer (no ice or refrigeration of course). And, after brushing off the flies, we would munch on chunks of “bacalao” for “bocas”, ripping pieces from the salted dry fillets in the barrels they had been shipped in.There were 2 kinds of native beer, “Balboa ” and “Baru”. Our group had their personal preferences for one or the other and when it came to relieving ourselves, He would always use the other guy’s empty bottle which we then threw on a pile outside.  They would later be collected, put in burlap sacks and eventually returned to the breweries in Panama City. Perhaps they were washed out before being re-filled but we always inspected the contents of the full ones for remains of cockroaches and ·cigarette butts before drinking out of them.

Planting a banana farm was a novel and interesting experience since I knew nothing about it and had to learn by doing it. Fortunately I had a good foreman, an old black Jamaican, “Mr. Gibson“, who could make the payroll and had a lifetime of experience on banana farms in the Almirante division, and Bob Cover, who willingly shared his expertise with me. And my Nicaraguan contractors and their laborers were a tough and hard working gang, the likes of which I had never seen before – or since. 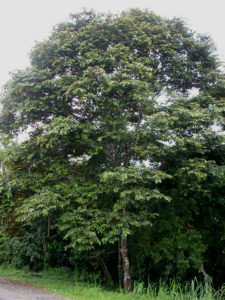 My farm, “Guacimo“, (all of the 40 or so farms in the Chiriqui division ‘were given Spanish names of local rainforest trees), consisted of over a thousand acres of virgin forest and, with my love for nature and woods, I was really thrilled with the jungle. Engineers had previously cut lines through the whole area and made rough topographic maps to indicate location of primary drainage canals. These lines were then cleared and long, wide and deep main drainage canals were dug by drag-lines.

“Planting” starts by “under-brushing” (cutting out all the vines and small trees and bush that can be cleared by hand with machetes). Then the area is “lined” using a long bamboo pole to place stakes at the 12 x 12 foot spacings where the bananas will be planted. During these operations, digging of secondary hand drains with shovels gets underway. It is back-breaking work using long-handled shovels and throwing each heavy shovel full of clay loam, sometimes from a depth of 6 or 7 feet, up and out of the ditch, clearing a berm on the side by· at least 3 feet. The drains had been staked out and the cubication calculated by engineers.

Planting of “bits” follows. Bits, or seed, are pieces of rhizome with “eyes” (like on potatoes) dug from old banana plants in seedbeds previously planted in the area or shipped in by boat from another division. When planting at the lining stakes is finished, the hard work begins, felling the enormous trees by hand with axes. Some Espavé trees which were common there are 150 feet ‘tall and have large, wide buttresses. The axemen would build pole scaffolds around the tree, eight or ten feet from the ground above the buttresses to stand on as they swing the axes, well above their heads, for hours on end until the tree topples. It was saddening to see those majestic trees, their branches laden with air plants, ferns and orchids, crash to the ground – but they would be replaced with the “green goldll of banana plants in a short time.

Some times the axemen would line up a big tree with two or three smaller ones to create a domino effect. as the large tree fell, it would break off and take down the others, a labor-saving idea. Try swinging an axe as far as you can reach above your head for six or seven hours a day in the heat and humidity of a tropical rain-forest! My shovel and axe men were unbelievable when sober but unpredictable when drunk, often using a machete to cut up an erstwhile drinking companion!

The banana bits planted in the ground would sprout and grow up through the mass of fallen trees and branches. The smaller branches would quickly rot away but some of the thick hardwood trunks would remain for years, unless they were used up for firewood by the workers.

After the forest is felled, section lines and “fruit roads” are chopped and cut through the tangle of tree trunks and branches. Canals and drains are cleared of debris and bridges constructed. Any “misses” in the banana planting are supplied with fresh bits so there will be a complete stand of producing plants. Once grown, a banana plant (a perennial herb) keeps sprouting new stalks as the ones with fruit are cut out at harvest. Only extended flooding, fire, drought or disease can kill out plants grown in good soil if they are properly drained, pruned and fertilized.

The post-felling work on a farm was boring for a “woodland” overseer. With all the forest trees down and the banana plants not yet tall enough to provide shade while riding around the farm, it was hot. However, at that point a woodland overseer is generally transferred, along with his contractors and laborers, to an adjoining jungle area to start work on laying out and planting another farm. “Banana” overseers, with relatively unskilled laborers, then take over to supervise routine farm maintenance work and the almost daily “harvest” operations when the banana plants commence to bear the large stems of fruit.

Click to continue reading: Coming to Puerto Armuelles in 1928: Part 4

*The Panama Brewing and Refrigeration Company was founded on October 4, 1909 and the first beer launched was Balboa, in September 1910. 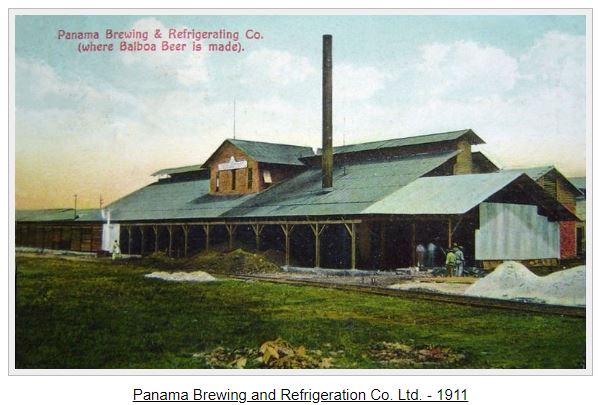