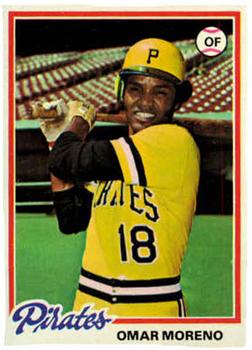 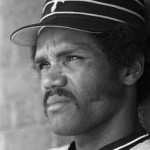 This is a photograph of Omar Moreno, a professional Major League Baseball player who was born in Puerto Armuelles. He played from 1975-1986 and his team, the Pittsburgh Pirates, won the World Series championship in 1979. Go to the bottom of this page for a link to Omar’s full story.

This is a signed photo of Omar Moreno when he played for the Pittsburgh Pirates, 1975-1982. Omar was the lead-off hitter for the World Series game that won the Championship in 1979. 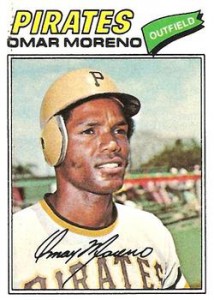 Here is another signed baseball card. Omar was left-handed and played center outfield.