Who was Tomás Armuelles? 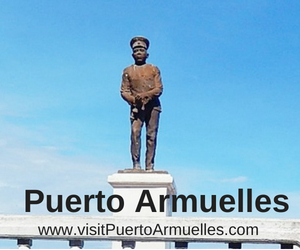 If you have you ever wondered how Puerto Armuelles got its name or who the man perched on the statue in Malecón Park is, here are the answers you seek, in the story of Colonel Tomás  Armuelles.

Tomás Armuelles was born in Las Lajas, district of San Felix,Chiriquí , on an unknown date. His parents were Fidel Armuelles and Maria de los Santos Perez de Armuelles, both Chiricanos. 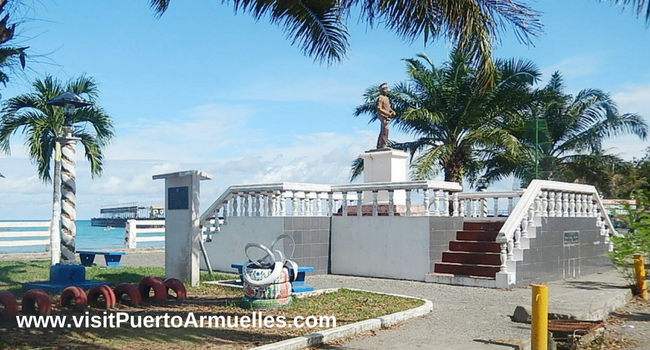 Statue in Malecón Park with Banana Pier in Background.

On March 31, 1900, Belisario Porras, head of the Panamanian Revolutionary Army, issued a proclamation in Charcol Azul.  Tomás responded, along with hundreds of young patriotic Chiriquí men, and joined the Liberation Army’s Battalion of Chiriquí, which was initially commanded by General Manuel Quintero Villarreal. April 1900 was the beginning of what became known as the War of a Thousand Days. There were famous battles fought in Negra Viaje, Corozal and Calidonia, in which Tomás  Armuelles was recognized by his companions and leaders for demonstrating extreme courage and passion for the liberal ideals which the army hoped to reinstall in Panama after Colombia’s oppressive rule since 1821.

Following the disaster of the Battle of the Caledonia Bridge (Puente de Caledonia) in which more than 500 Panamanian Liberals were massacred, Tomás  Armuelles, along with other combat soldiers and civilian and military leaders, had to surrender or go into exile. After the War of a Thousand Days, in 1902, Tomas Armuelles joined the leaders’ revolutionaries, as part of the Battalion of General Manuel Quintero Villarreal which had first formed in Charco Azul.

Tomás was distinguished for his courage, experience and gift of command when he was assigned to the Revolutionary Cavalry in San Pablo, David. His combat strategy resulted in the Colombian battalion’s Colonel surrendering his sword, which  Tomás later gave to his daughter Aura Felipa. After this fight, Armuelles was appointed Squadron Chief of the Chiriquí soldiers under the command of General Benjamin Herrera, standing out in the battle of the city of Aguadulce.

After the surrender of Aguadulce, Colonel Armuelles, along with some relatives and friends, went into exile in Costa Rica. When the separation of Panama from Colombia was official, on November 3, 1903, Armuelles decided to return to his country. Shortly afterwards he became Mayor of Boquete and later Captain of the National Police in Bocas del Torro, Veraguas and Colon. He married in Boquete in 1912 to Benigna Arauz, with whom he had three sons and two daughters: Carlos Armado, Aura Felipe, Isabel Maria, Luis Benigno and Rosendo Alberto Armuelles Arauz. 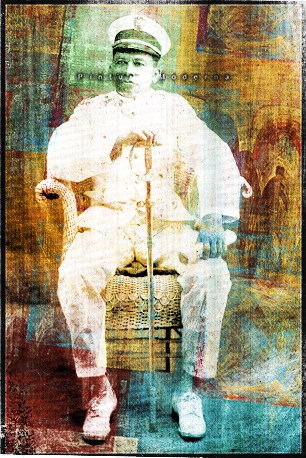 In  February 1921, at the start of the War of Coto, General Quintero Villarreal, accompanied by the veteran of the War of a Thousand Days, Tomás Armuelles, and one hundred policemen , would arrive, after forty-three hours of traveling to Rabo de Puerco (today Puerto Armuelles.  Quintero appointed Tomas Armuelles with the high position of Captain of the Chiriqui Police Forces that were to protect the Panamanian territory if it was invaded by Costa Rica. Invasions by land and by sea were subdued, losing very few Chiricano soldiers, under the command of Captain Armuelles.

While he was on a military mission as a Chiriquí officer, Captain Tomás Armuelles died in a tragic train accident that occurred in the port of Pedregal, on March 18, 1921.

When the sugar industry was just beginning in Progresso and the banana industry was not yet visible in the district of Barú, The name Armuelles was given by special law No. 27 of 1924 to commemorate such a bright and honorable military man who offered his life for the welfare of his fellow citizens and his homeland.

Dr. Alonso Roy tells us in the EPOCAS magazine of May 1997, the details of that unfortunate and tragic railway accident that “deeply shook the foundations of the Panamanian Nation and caused the nation to shed tears”, as follows (Google Translated):

“On March 18, 1921, there was a railway accident in the Port of Pedregal, with the slate of four dead and some injured. Among the deceased, all heroes of the Coto War, were Colonel Tomas Armuelles A., Colonel Benjamin Zurita, Captain Arcadio Porto and Assistant Francisco Duran, officers of the National Defense Army.

The accident occurred when the railcar, where the six passengers and many boxes of ammunition were, unhooked from the other convoy cars and began to take great speed, falling with enormous force into the waters of the estuary. Everything was so fast that many people who had gone to greet the officers and troops still remained on the dock. Colonel Lamb declares that when the wagon rushed into the void and fell into the estuary, the six occupants were taken to the bottom very quickly and then the heavy boxes of ammunition imprisoned and compressed them all. He was able to escape and swim to the car door and climb to the surface. A few seconds later he saw Captain Yerbas emerge. The other four unfortunates were trapped inside the railroad car, and perished by drowning. The efforts that were made for rescuers to save their lives were totally useless.

The deceased soldiers were buried in the City of David, with all the honors and funeral pomps, with all the troops of the expedition attending, the authorities of the Province of Chiriqui and the entire population of David and localities …” “The only survivors of the tragedy Coronel Lamb and Capitan Yerbas, followed a period of convalescence.” 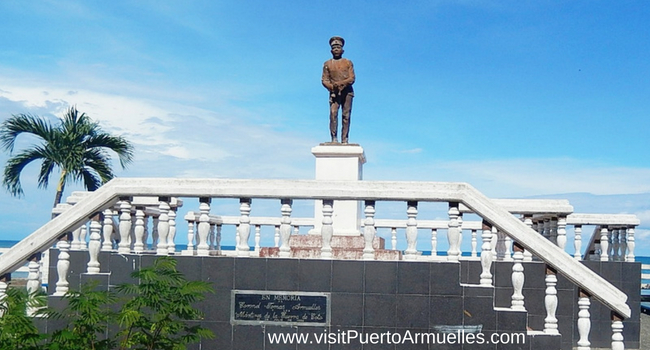 Other Armuelles accolades include: