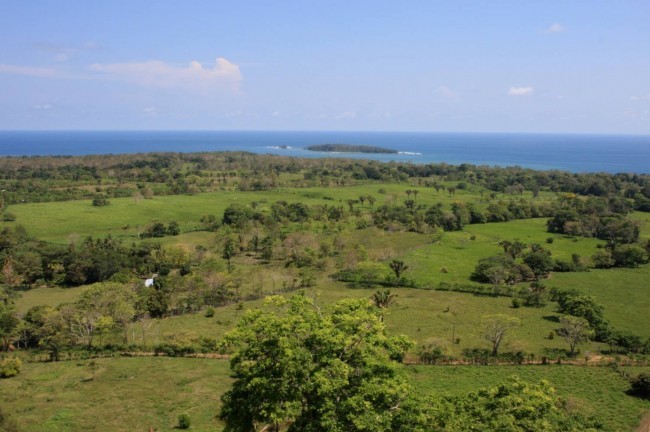 Understanding land and property values in Central America can be tricky.  Pricing is often all over the board.  There are virtually no such things as market comps.  It’s an analytical, left-brained, North American real estate professional’s worst nightmare.

But, as my business partner and I quickly realized when we began investing in property down here, deciphering the Central American real estate conundrum is absolutely essential if you want to be profitable in this business (and, even more importantly, in order to avoid any really bad investments).

About the Market Stages Concept

As a result, we developed our own data-driven approach for classifying properties into various stage of development.  Based on our combined years of experience, we’ve identified five distinct stages that every emerging market goes through on its way from forest or farmland to a full-blown town.

Each stage is defined by the way the land is currently being used and the kinds of buyers it attracts.  Both the stages themselves and the customers who are drawn to them are extremely predictable and universal.  It’s a great tool for comparing areas across Central America when making investment decisions.

A good understanding of the various market stages can help buyers understand the value of land, realize who their customers are, and time their investments to maximize their returns when buying property in Central America.

Here’s an example of why it’s important to consider market stages when making investment decisions.

Let’s say there’s a new road being built, which will give access to a beautiful stretch of virgin coastline that’s currently owned by a handful of local farmers. An investor who isn’t familiar with Central American markets might be tempted to dive right in, buy a large tract of land, build an all-inclusive resort, and try to sell condo units to individual owners who might want to come and live in this previously untouched paradise.

While it sounds like an okay idea, the bad news is that those condo owners aren’t coming for about another 20 years.  That’s generally how long it takes for an area to go from Stage 1 to Stage 5.  That’s why it’s important to understand what has to happen in order to for a property to move from one stage to the next, particularly in the earliest phases.

When Is the Best Time to Make Money on Property?

Understanding market stages is a great way to know who your buyers are and get an idea of the timeline for the area’s development.  It’s also key for planning your exit strategy and knowing what you need to do (i.e. subdivide, build, etc.) in order to make a profit.

As a general rule, the best time to make money on land is when it is about to transition from one stage to the next.  There’s also one particular transition phase that’s more profitable than the rest, but we’ll cover that when we discuss those particular stages.

First, here’s a little more about the first stage of emerging markets. 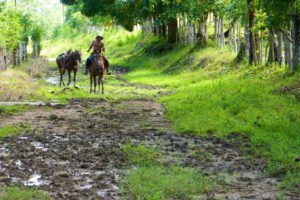 Land in Stage 1 of the model is valued based solely on its worth to the local community.  Farmers and fishermen who’ve lived in an area all their lives have little appreciation for the fact that their land has a phenomenal view or that it’s a stone’s throw from the ocean.  As a result, it isn’t any more expensive than a less scenic property nearby with none of the same features.

Buyers interested in Stage 1 land are mostly pioneers with an eye for the land’s future potential.  They’re also generally adventurous, since these areas can often only be accessed by boat or on horseback.

The key when scouting for Stage 1 properties is to learn the difference between land that’s just so-so and places that are truly extraordinary.  It takes a lot of looking, as there are properties that fall into this category all over Central America.

However, the most savvy, and intrepid, investors will know when they’ve stumbled upon a place with potential.  It will be the one they just want to keep coming back to.

What Signals a Transition to Stage 2?

When an area that was previously owned only by locals starts to attract the attention of international buyers, that’s a good indication it’s headed for Stage 2.  Rather than buying property for its agricultural value, pioneers begin to purchase large tracts of land with a new vision for its end use.  This is when things start to get exciting.

You can read Part 2 of this series now called: “Understanding Market Stages: Part 2 – Large Tracts of Land Purchased by Pioneers“ 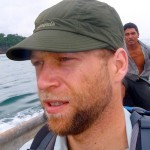 Josh Linnes and Park Wilson have scouted more than 3 million acres of property, driven the Pacific Coast on investment scouting trips from Mexico to Ecuador, purchased 8 miles of coastline, completed  successful real estate projects and most recently, created a Free investment hand book called Pay Dirt! where you can learn to invest like a pro. Get your copy today before this limited offer ends.

For information about properties in all stages contact: Debbie@visitPuertoArmuelles.com