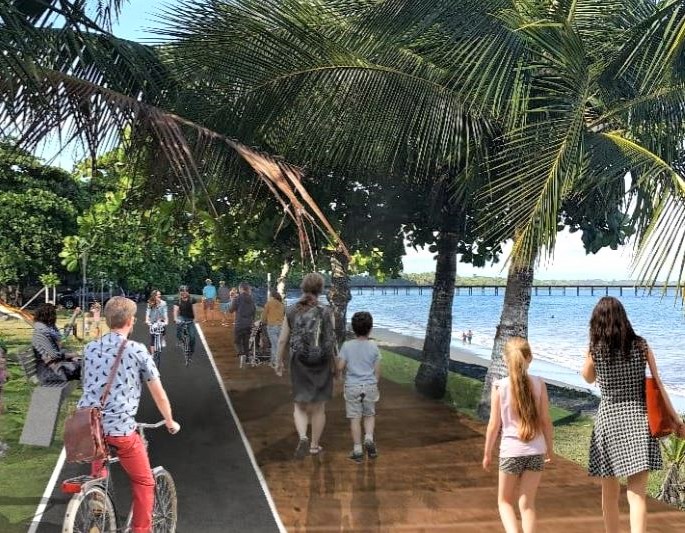 The long awaited Cinta Costera project (beach promenade) for Puerto Armuelles, in the district of Barú, province of Chiriquí, was presented to the public, followed by a citizen vote, on December 19, 2019. There was an enthusiastic roar of approval by the Baruenses who attended!

More than 500 people from the 5 corregimientos of Barú packed the municipal gymnasium of Puerto Armuelles, including officials of the Secretariat of Decentralization, staff and Representatives and the mayor, Marcos Beitía. We all had to sign in with our Cedula number to participate in the vote. The minimum number of residents that were needed for an official count were present at the event. It was the first time I’ve done this!

A presentation of the Cinta Costera project was given by Said El Dalí, from Puerto Armuelles. Four of the five corregimientos in the district of Barú were in support. The only opposition was primarily from Luis Óscar Mendoza, the representative of Progresso, where they did not feel the budget being allocated to the project had any direct benefit to their town and took money away from some of their own projects. Marcos Beitía, and other officials, explained throughout the meeting that the vision was to create a potential in tourism for Barú. The representative of the district of Puerto Armuelles, Yamileth Cianca, exclaimed “It is time to unite for and broaden the vision and bring hope back to Puerto Armuelles”. Rodolfo Aguilar Delgado‘s representative, Marcelino Correa, said he believed in tourism investment, to change the destiny of the district and the province of Chiriqui. The representatives of Baco and Limones said they support the idea of ​​Mayor Marcos Beitía and sacrifice the departures of the corregimientos for the construction of the coastal belt, which will increase the potential in the economy and tourism. The residents in attendance were in almost unanimous support.

The project will consist of an improved beach wall with boardwalks, sidewalks and bike paths, tourist shops and information, and parks with areas to sit and children to play. Phase 1, Parque Mirador, costing about $250,000. will start in 2020 at the Pier downtown and go into El Carmen (see the slide presentation below). The entire project consists of 5 phases and will eventually cover about 4 kilometers of beach front, ending at Rio Corotu in San Vicente, in front of Tsunami Inn Hotel. Once the Cinta Costera is completed, there are additional plans (watch for information on these in the future) to install a Public Plaza and Artesenal Mercado which will be an additional $2 million, bringing the total for the entire project to almost $3.5 million.

CLICK HERE  to get an automatic download of the entire slide presentation as delivered by the architect of the project, Hector Palacios.

***Check the “downloads” in your computer to view it.

The Cinta Costera Project is projected to cost $ 799,888.53. The Real Estate Tax Funds (IBI), will cover the construction cost of $699,888.53 and the mayor’s office will contribute the additional $100,000. The National Government has also committed to provide the necessary resources to increase tourism in the region. The Cinta Costera, combined with tourism promotion, is expected to draw approximately 100,000 visitors per year. This is a good time to bring your tourist activity ideas out!

The work is expected to begin during 2020 and will generate employment for the residents of this district. According to Hector Palacios, the architect of the Cinta Costera, the initial project can be completed in about 18 months – 2 years.

Here is my interview with Hector Palacios: Click on the > below

“It is the beginning of a new era for our territory and with God’s favor better days will come; the town is wise that it supported the initiative, that we seek to recover the hope of our people ‘, concluded the mayor of Barú.“The project will open the way for tourism and therefore we are committed to development in the district.” 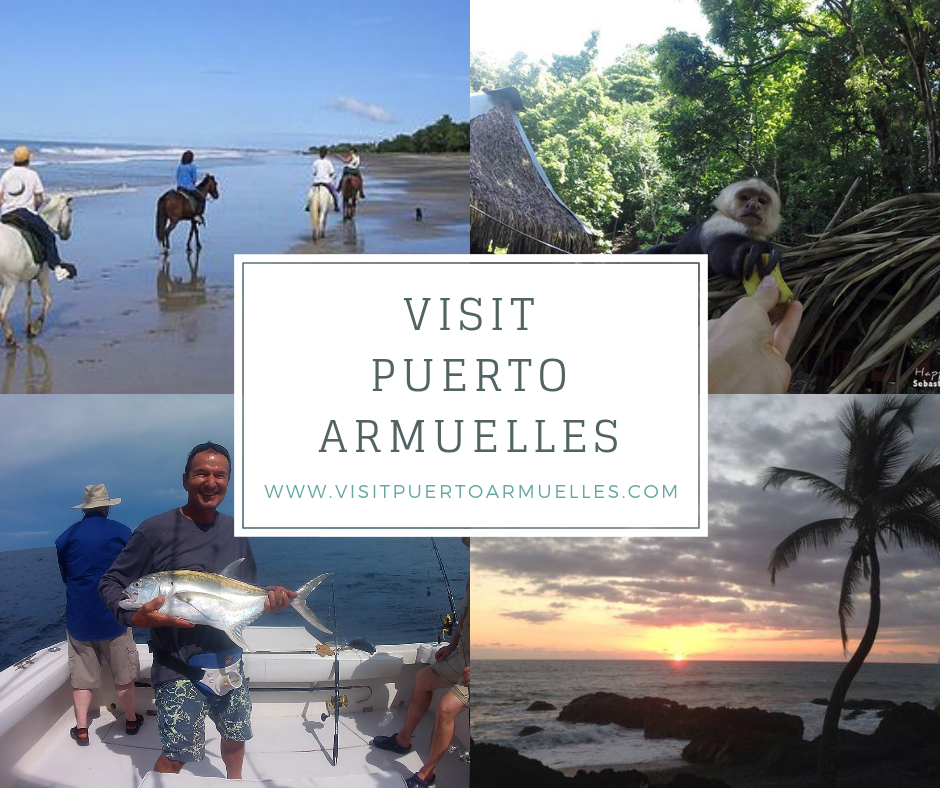 Our district of Barú is blessed with long stretches of sandy beaches from Los Olivos to Limones, as well as the exotic beaches of the Burica peninsula, along the Pacific Ocean which offer surfing, swimming, boating and fishing. There is an abundance of natural tropical jungle fauna and flora to hike, bike, and explore. Puerto also has all the amenities of a mid-sized city including shops, banks, restaurants, hotels, and a brand-new hospital.

Puerto Armuelles has all the elements needed to become a top tourist destination in Panama in the future!