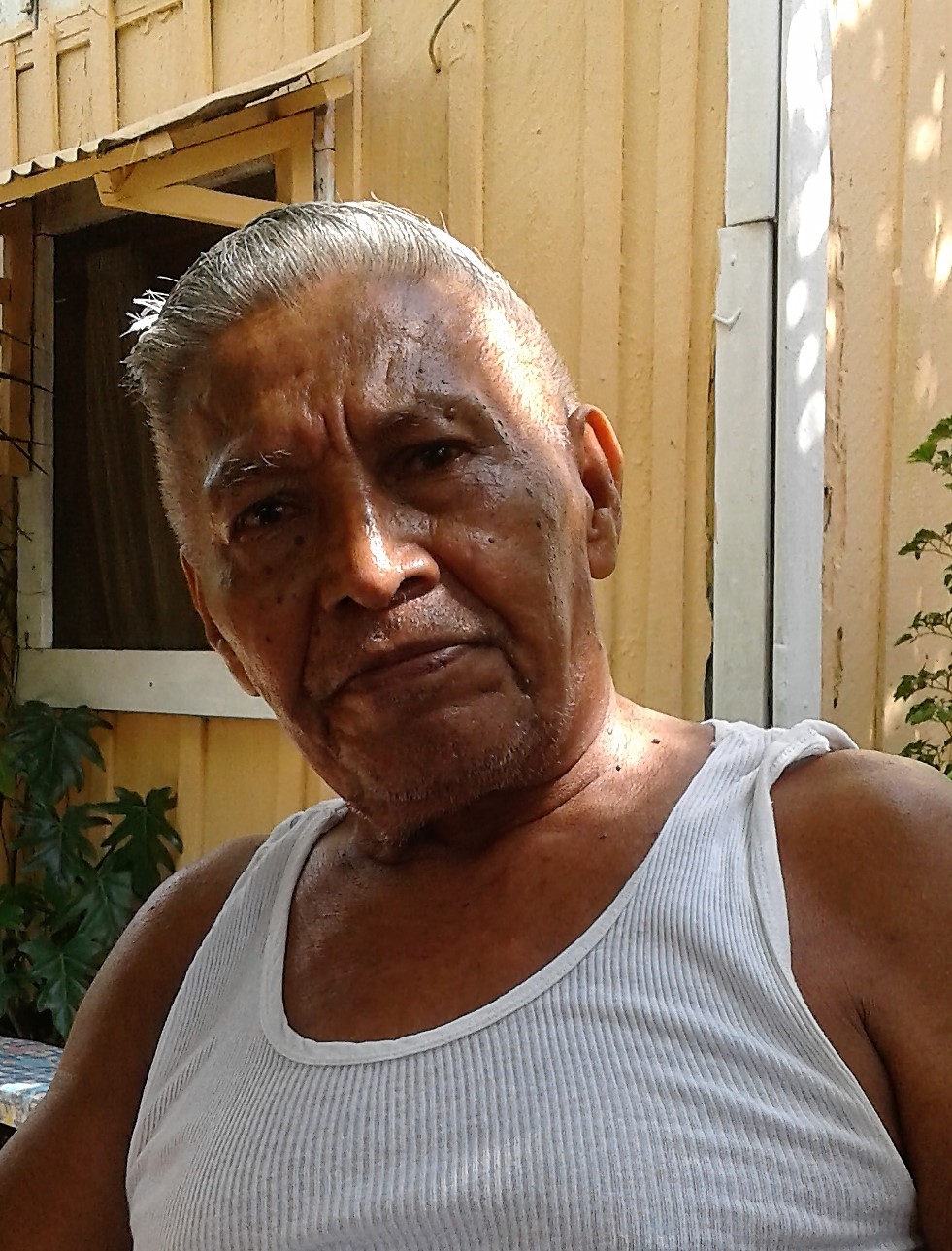 This post is contributed by Puerto resident, David Dell, after interviewing the Blair House manager of over 50 years, Fernando Carrera Rodriguez. I look forward to David being a regular contributor to our History section since he is an avid historical researcher.

There can be few houses in Panama that have the historic credentials equal to Puerto Armuelles’s Blair House. Built in 1927 for Robert Blair, first manager of the United Fruit Company (later Chiquita Bananas). This hardwood framed plantation style house, located in the Las Palmas district of Puerto Armuelles, has survived a world war, civil unrest and protracted labor disputes. 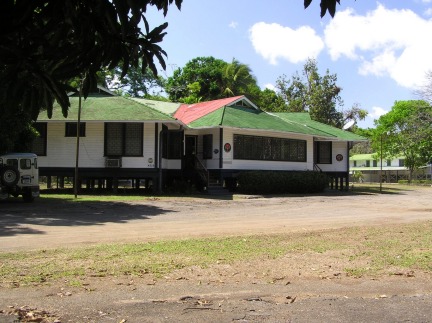 If Blair house is a Panamanian historic building then Fernando Carrera Rodriguez is a living historic artifact. Fernando is now 70 years old and has spent the last 50 years of his life taking care of not only Blair but of the many VIP’s that have stayed there. 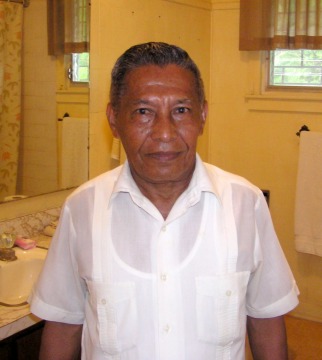 His stories of the politicians and prominent figures that graced the lounge and bar of Blair house read like a “who’s who” of Panamanian and Central American history. We sat down the other day and he recalled the visits of the good, the bad and the very ugly that crossed Blair house’s threshold. One of his first recollections was when Nicaraguan dictator Anastazio Somoza met with the then presidents of Costa Rica and Panama to discuss bilateral affairs. His mind is slightly fuzzy on the exact date, but feels it was around 1967.

He recalls the times when Panamanian dictator Omar Torrijos came to stay. He says Torrijos was a generous man and would go to the nearby golf course and give gifts to local children. He remembers that Torrijos aides always had briefcases full of money. 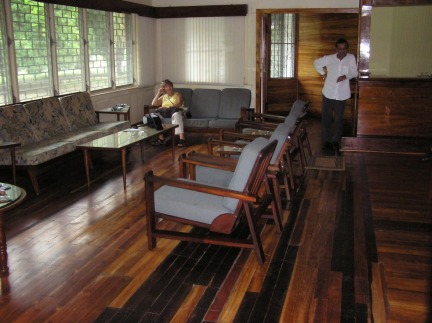 When Torrijos was killed, in what a recent book claims was an assassination, the leader of Panama became General Manuel Noriega. Noriega stayed several times at Blair house. Most memorably was when he held a conference in June 1989 with seven of his leading commanders. In those meetings Noriega wanted to know if his men would support him, and more importantly if he should stay in power. Given Noriega’s cruel and violent nature, it is doubtful if any of his commanders had the courage to advise him to quit. 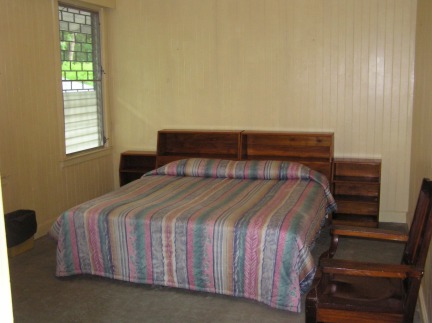 Fernando recalls a slightly amusing incident when Fritz Stargarter, the Colombian born, but German speaking manager of Blair house, had a pig roasted in Noriega’s honor. Fritz then produced the latest in hi-tech carving devices – an electric carving knife. Stargarter then proceeded to carve several slices of pork which he proudly passed on a plate to the dictator. Noriega simply pushed the plate away and clicked his fingers for his ever attendant food taster. Bodyguards told Fernando that Noriega trusted no one when it came to his food. They said even if his mother made it, he would have it tasted.

Although Noriega was less generous than his predecessor, on his last visit he did walk into the kitchen and leave a tip of $100 to be split 25% between the four workers. Noriega joked that they should use the number 25 in next week’s lottery. Nobody could afford to gamble that amount of money, so no one bet. The following week the final two lucky numbers of the lottery where – 25.

Many Big Decisions Were Made at this Table 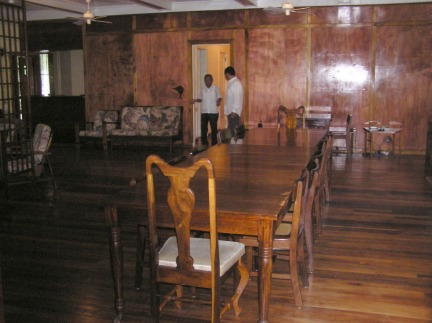 Perhaps this lottery incident stuck in Fernando’s memory, because several years later he retired and was let go without his proper severance pay. Not to worry, after 15 days retirement Fernando was asked back to run Blair house with a 5-year contract. This time he did buy a lottery ticket. Sitting alone at the TV that weekend he saw his ticket win him $10,000. He felt it was justification for the shortchanging of his severance pay.

As I sat today in Blair house I asked Fernando if the furniture and fittings were all original. He confirmed that nothing had been changed. The chairs and even the ashtrays were the same ones that Somoza, Omar Torrijos and Manuel Noriega had placed their cigars on. In fact every president of Panama has either stayed or visited this historic site. Blair house is in need of urgent repairs. All around the room are pots and pans catching the water from the constant roof leaks. Owned today by a cooperative, a successor to the Chiquita Banana Company, they promise they will carry out the necessary repairs, but will not make any significant changes. 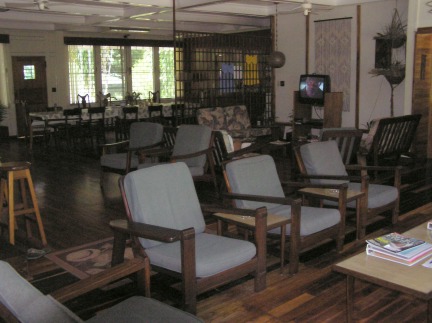 It takes very little imagination to sit in the soft cushioned hardwood chairs and let your mind take you back to the time when this room was filled with cigarette and cigar smoke. When beautiful ladies walked the aisles, when presidents in immaculate white tropical suits and generals, in neat decorated uniforms, sat and enjoyed the ocean view across the golf course. Blair house is truly Panama’s most prominent house of history. 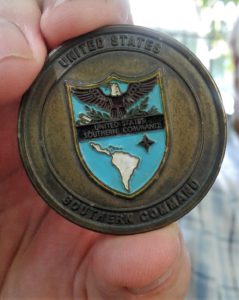 Fernando Rodriguez worked at Blair House for a total of 59 years. He was born May 30, 1038 and currently lives in the barrio El Carmen. The cover photo of Fernando was taken September 11, 2018, when he was a healthy 80 years old! When Fernando retired, he was given the Southern Command Decoration for Service medal, presented to him by US Army Major General Albert Stublebine. If you happen to spot Fernando in El Carmen, be sure to say “Hola”.  He will be happy to show you his medal and share old stories!