What is That Shrill Noise?

Visit Puerto Armuelles > Events > News > What is That Shrill Noise? 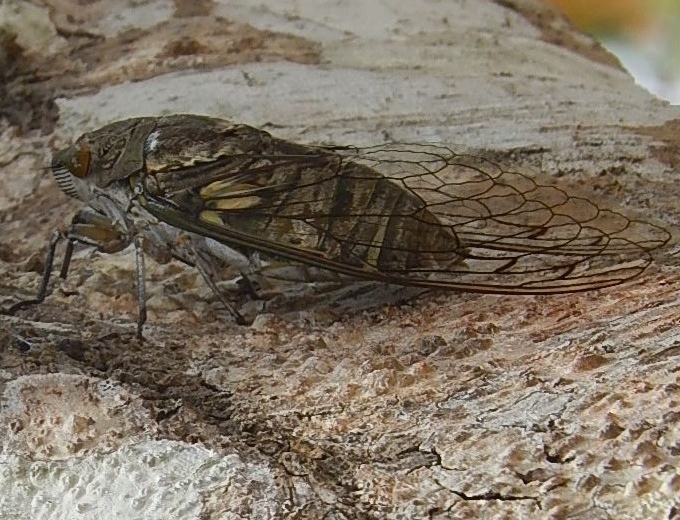 This time of year in Panama, there is a shrill and distinctive sound that can’t be ignored. The first time one hears the deafening hum, it’s that same question, “What is that loud screeching noise?”

I was finally able to follow the sound of one particularly loud buzz to find the culprit sitting on the bark of a large tree in my front yard. Here is a snapshot I took of the offending CICADA. 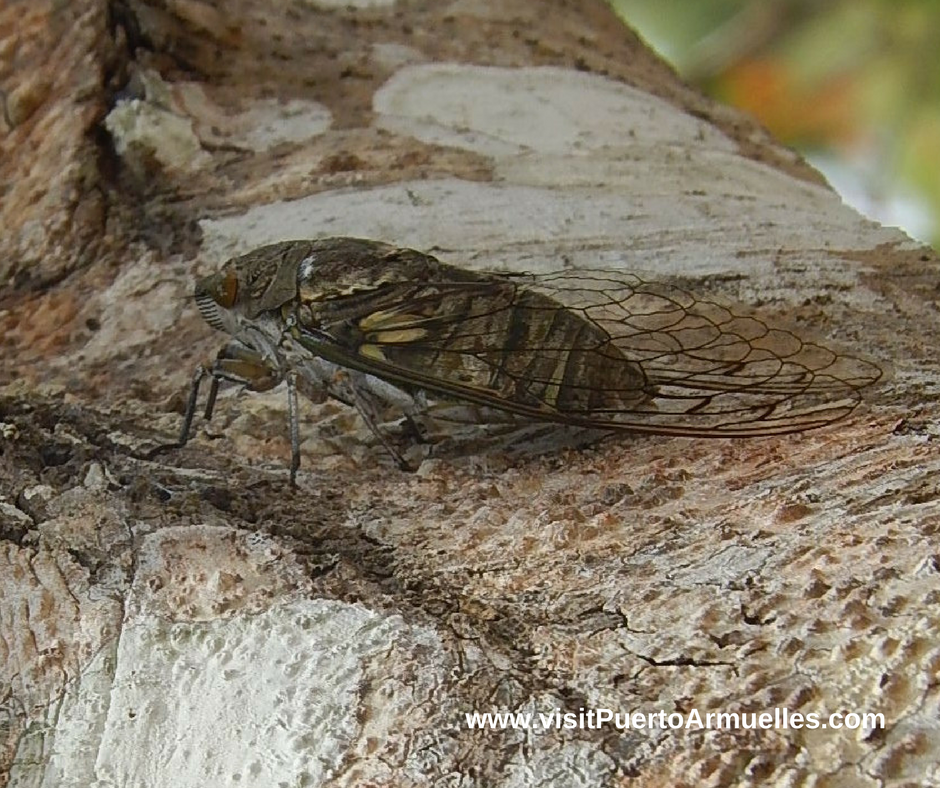 The next question is usually “How do they make that penetrating sound and what does it mean?”. Many locals will tell you that the sound of the cicadas signals the coming rainy season. Apparently, that’s not exactly true. I did some research and here’s what I found out.

“The most distinctive feature of cicadas are their sound. Cicadas are the loudest insects in the world. Most people know that crickets make their noise by rubbing their wings and legs together; cicadas do it differently. Cicadas are like little instruments with a vibrating membrane and a resonance chamber. On the sides of their abdomens they have a vibrating membrane-like structure called a tymbal and the males have enlarged air-filled abdomens that act as a resonating chamber. Cicadas move their abdomens in and out very rapidly, turning individual clicks into the seemingly continuous sound we hear. The males sing to attract females. They sing the most during the hottest weather.

All that sound is a mating call, and cicadas mate and lay their eggs in trees. Females cut slits in tree bark to lay their eggs and in six to seven weeks the nymphs hatch and fall to the ground and burrow in. Nymphs live underground and feed on plant roots. Most emerge in two to five years. They will molt several times while underground and then when they finally emerge from the ground, they molt once more and leave behind a husk.”

So, that is the shrill sound we are all listening to lately and it just happens to, sometimes, coincide with the beginning of the rainy season in Panama. In case you are not currently in Panama, or it’s not the season (March – April), here is an audio to bring you up to speed.