Say Adios to 70 Pounds of Trash! 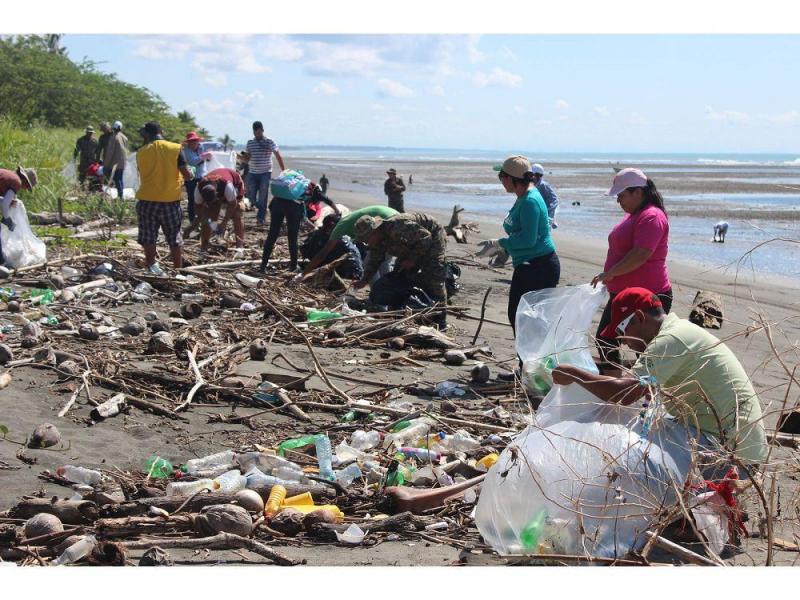 As the 2015 Month of the Oceans drew to a close in Panama, the focus was on cleaning up of beaches around the country. The Ministry of Environment (MiAmbiente) identified five beaches around Panama to undergo an intense clean-up campaign. These included Cartí, Playón Chico, Ustupo y Puerto Obaldía, and our own Corazón de Jesús, in Puerto Armuelles.

MiAmbiente coordinated the project using over 140 volunteers from the State Border Service (SENAFRONT), SENAN, the Lion’s Club, and several schools. The clean-up in Puerto Armuelles was conducted on September 25-27 and resulted in over 70 pounds of trash being removed from Corazón de Jesus and the nearby beaches.

The goal of the Month of the Oceans (September) is to educate the public on the importance the oceans play in sustaining life. This year marked the 11th year that Panama has participated in the International celebration. There were educational, cultural, and sporting events throughout Panama and the final activities were the cleaning of the beaches.

Emilio Sempris, Minister in charge of Environment, says that he hopes this will spark a year-round effort “to end the garbage problem” in Panama. Hey, don’t smirk; anything is possible! Emilio added (Translated), “”we generate the trash and it is in our hands to resolve the problem for the future and have the region prepared for tourism development.” Tourism Development = Good news!

The Puerto Armuelles clean-up was considered a success by MiAmbient after removing the 70 pounds of garbage that included plastic, glass, artificial foam, and other things. The trash (basura) was picked up along more than just Corazón de Jesus and included the areas along the mouth the river Rabo de Puerco, the Malecon and the local pier to San Vicente; a total of about 3 kilometers.

MiAmbiente asks that the public be aware of not littering on beaches or rivers, and please deposit trash in the appropriate places. So, next time you have a picnic at one of our beautiful beaches in Puerto Armuelles, make sure you take your trash out with you!