It feels like crying wolf to say there are plans to improve Puerto Armuelles because there have been multiple promises in the past that have not come through. Ask anyone in town what they think of new plans in the works and they’ll say “sure, I’ve heard that one before”…

I think anyone would have to agree that the previous administration of Panama was wrought with corruption and unsubstantiated awards of projects. For example, in February 2014, a concession was given to the company Astimax Panama, for construction, installation, and operation of a shipyard in Puerto Armuelles for maintenance and repair of Panamax sized vessels. This had residents of Puerto hopeful of much needed progress and growth. Unfortunately, that company failed to comply with their contractual agreements and the concession was voided in October 2014.

This is a new era and a new administration, under Juan Carlos Varela.
Is it really going to deliver?

Development of a Business Model

At the 2015 Annual Conference of Business Executives, April 23rd to 25th, on prospects and development of the logistics sector in Panama, Jorge Barakat Pitty, Administrator of the Panama Maritime Authority (AMP), said he “is very optimistic of the economic future of the Baru district.” 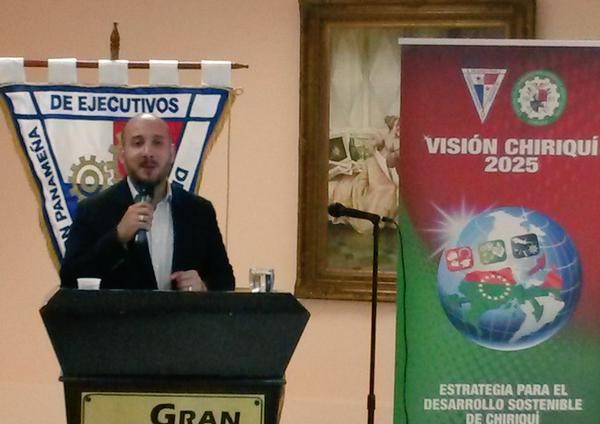 A consulting firm called Nathan Associates, Inc. has been appointed by the Panama Maritime Authority (AMP) to perform a feasibility study and develop a business model for the rehabilitation and economic development of Puerto Armuelles and the district of Baru.

The study is being funded by $100,000 from CAF-Development Bank of Latin America. The consulting firm has 90 days, with a possible 1 month extension, to come up with this plan, putting the deadline and extension around the end of October. The plan would then require executive approval, which means we could have some news before the end of the year.

Nathan Associates is an economic consulting firm with over 65 years’ experience in infrastructure planning, finance and other specializations. They were hired in 2012 by the Panama Canal Authority to develop the “program dimension of the impact of the Panama Canal on the country’s economy.” Nathan’s focus will be on identifying potential projects and analyzing the potential for attracting international investors to the district of Baru.

According to Tomas Avila, secretary of AMP, there are two major port options being considered in Puerto Armuelles. The first is to build 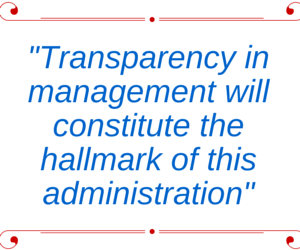 a cargo port. Another, is a cruise port.

I know what you’re thinking, “What would cruise ship tourists do in Puerto for a day?” Well, years ago, I recall going on a cruise that had a port of call in Ensenada, Mexico for a day, and it wasn’t much different than Puerto Armuelles. If a port goes under construction in Puerto, you can bet there will be a few new restaurants and gift shops popping up around town!

Another focus of the technical study will be to create a viable model for the promotion of private investment in an inter-modal dry canal between Puerto Armuelles, on the Pacific side, and a complementary port on the Atlantic side, passing through either Chiriqui Grande, Almirante or Port Moin, in Costa Rica. This project aims to link the two coasts with a road to allow for transportation of goods between Puerto Armuelles and a complementary port on the Atlantic coast.

A dry canal would establish the western region of Panama, Chiriqui, as a logistics center to not only load and transport containers, but also agricultural exports. Products could then be shipped more easily to cities on the east coast of the United States, who represent 70% of the US economy, and other countries in Europe, like Amsterdam, where Panamanian products are in demand.

The financing of this technical study has already aroused the interest of international businessmen, including the Chinese company China Shanghai Haojun Investment & Management Co., Ltd., which has a specific interest in the dry canal.

Public Tenders Will be Requested

Jorge Barakat, of AMP has stated“… international companies and diplomatic missions have shown interest on the part of companies from their countries in participating in the development project of Puerto Armuelles and others which will soon be implemented by the AMP.”

Earlier this year, Barakat received a visit of the first delegation of international investors interested in participating in the proposed reactivation of Puerto. 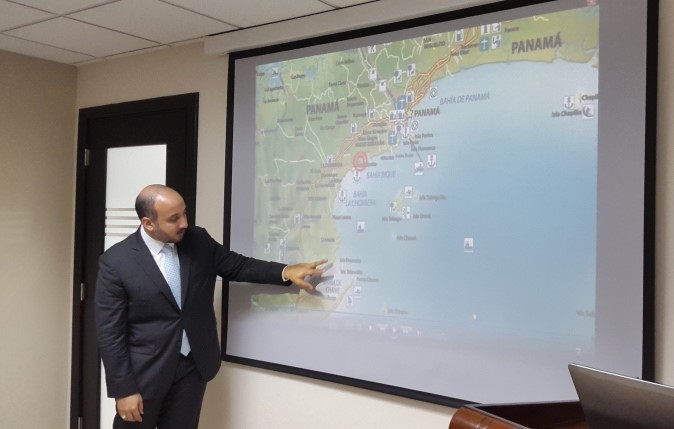 During a briefing, Mr. Barakat met with representatives of the United States Embassy in Panama.

After several years of not participating in public investment projects in Panama, U.S. companies could return with proposals on state procurement in the maritime sector. The first step in attracting U.S. investment was taken with a meeting, last month, between representatives of the U.S. Embassy in Panama and the directors of the Panama Maritime Authority (AMP).

Barakat told the delegation that projects granted in concession will be significant projects with a local and national impact. Transparency in management will constitute the hallmark of this administration. He also added that all the projects would have an invitation to tender and all direct concessions would be avoided. At the end of the briefing, the administrator of the Panama Maritime Authority urged the American officials to encourage both large companies and SMEs to invest, not only in the big projects, but also in low budget projects.

When the consultant company, Nathan Assoc., presents an approved proposal for a business model, which will be towards the end of the year, shipping companies and port operators will be notified and invitations to tender will be announced to the public.

Why is this Development Good for Panama?

Logistics together with the maritime sector in the country generate about 25% of GDP, which represents a fundamental pillar in the economic development of the country, according to experts in the field.

The Panama Canal expansion has forced the upgrading and expansion of the capacity of the ports in the rest of the country, including the western region. 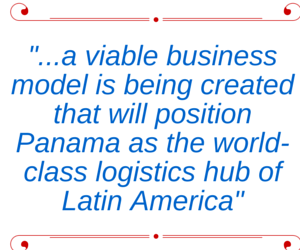 Puerto is seen politically as a strategic logistical area for moving cargo in the western region of Panama. Along with the economic development of Puerto Armuelles, the ports, and the dry canal, the National Government is confident that a viable business model is being created that will position Panama as the world-class logistics hub of Latin America.

Mr. Tomás Ávila, Secretary General of the Panama Maritime Authority has pointed out an important fact about Puerto Armuelles: it has a competitive advantage, since its natural depth ranges between 30 and 150 meters. The natural depth of the port eliminates the dredging operations, which, in turn, reduces the expenses of construction.

Things appear to be looking up again for Puerto Armuelles!

Subscribe to Free Puerto Armuelles Updates to keep up with further developments!

Read about cargo/cruise ships that came to port in Puerto Armuelles in the 1930’s: The Great White Fleet