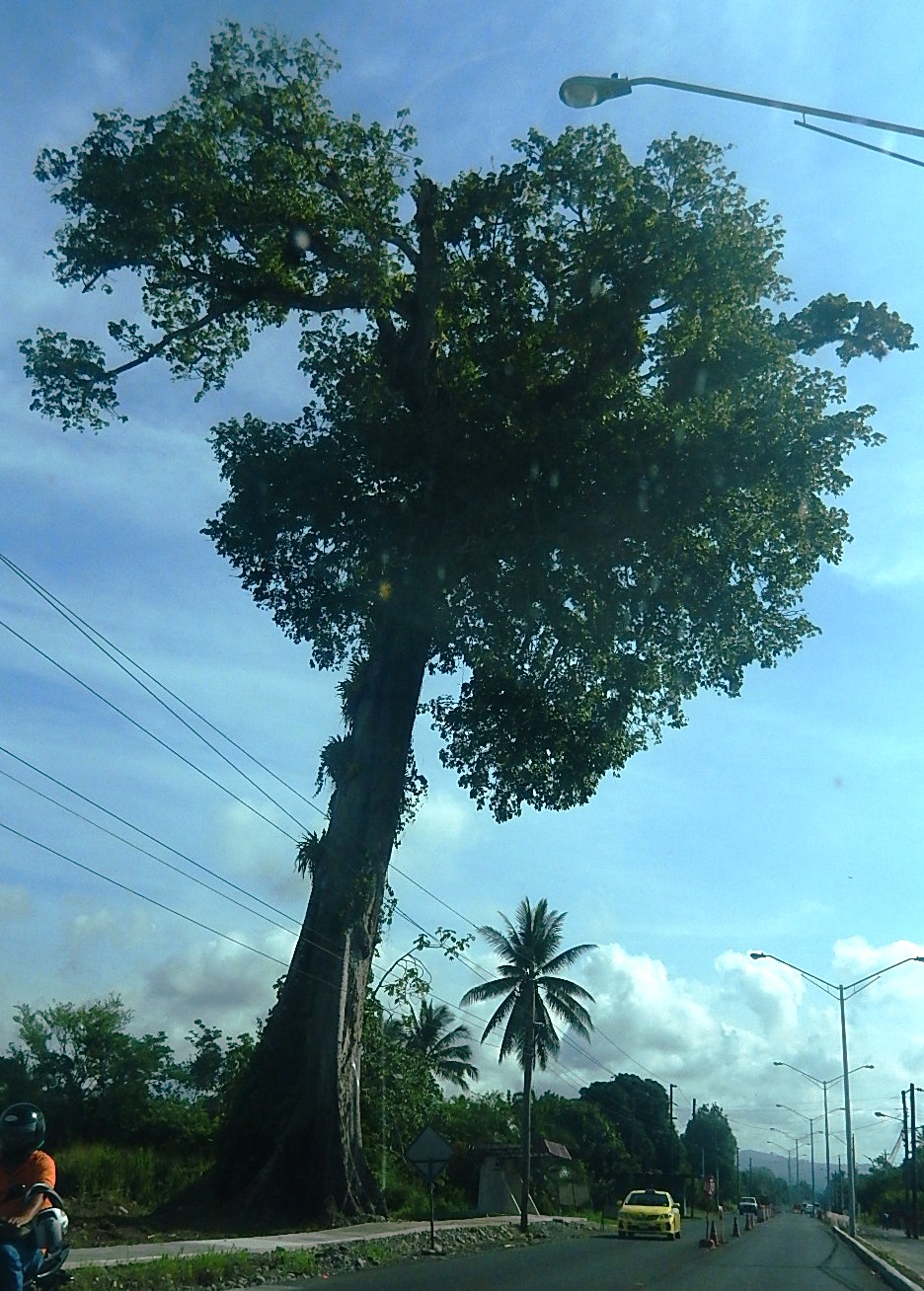 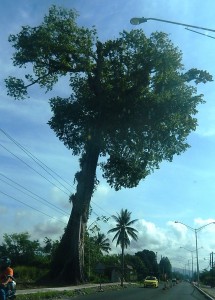 Although this landmark is not technically in Puerto Armuelles, it is one that you must pass by to get to town and we feel it is worth mentioning.

As you make the drive to Puerto Armuelles from the Frontera at Paso Canoas, you will come to a SENAFONT (State Border Service) checkpoint. At this point you will see an enormous and magnificent old tree. The tree is a Ceiba Pentandra (common name is Kapok) and it is estimated to be about 220 years old. If only trees could talk, imagine the history it has witnessed!

This area at the checkpoint is where the roads between Panama and Costa Rica separate and is called Cuervito. Hence, the tree is sometimes referred to as the “Cuervita Ceiba“. Residents in the area witnessed a lightning strike to the giant tree, which destroyed some branches and partially burned it. Because of the tree’s significant age and historical value, environmentalists, security authorities, the Municipality of Baru became concerned. The National Environmental Authority (ANAM) inspected the tree and determined that it would survive.

According to biologist Rafael Rincon, this giant Ceiba tree in Cuervita is one of the few survivors left in the plains of Baru and has a high biological value. International organizations even have an interest in studying the tree! 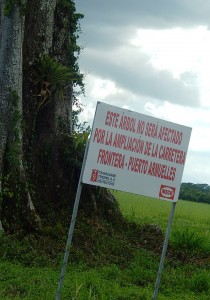 The mayor of Baru has been advised by his attorney, Humberto Serrano Levi, that the giant tree should be cut down because of concern that it could fall and cause damage to people traveling on the newly expanded road. Because of tremendous opposition to this idea, the municipality has, instead, appointed a crew to keep the tree pruned and maintained. Let’s hope the tree continues to be protected by the municipality for all of us to enjoy. After all, it was here long before any of us.

There was a sign in front of the tree that said “This tree will not be affected by the expansion of the road from the Frontera to Puerto Armuelles“, so clearly it has some significance to the municipality. It is such a beautiful and impressive specimen!

When the roadwork is finished, interested groups would like to see a sign installed by the tree for the public and tourists to read about the species and this ancient tree’s historical value.

Make sure you snap a photo on your way into Puerto Armuelles!