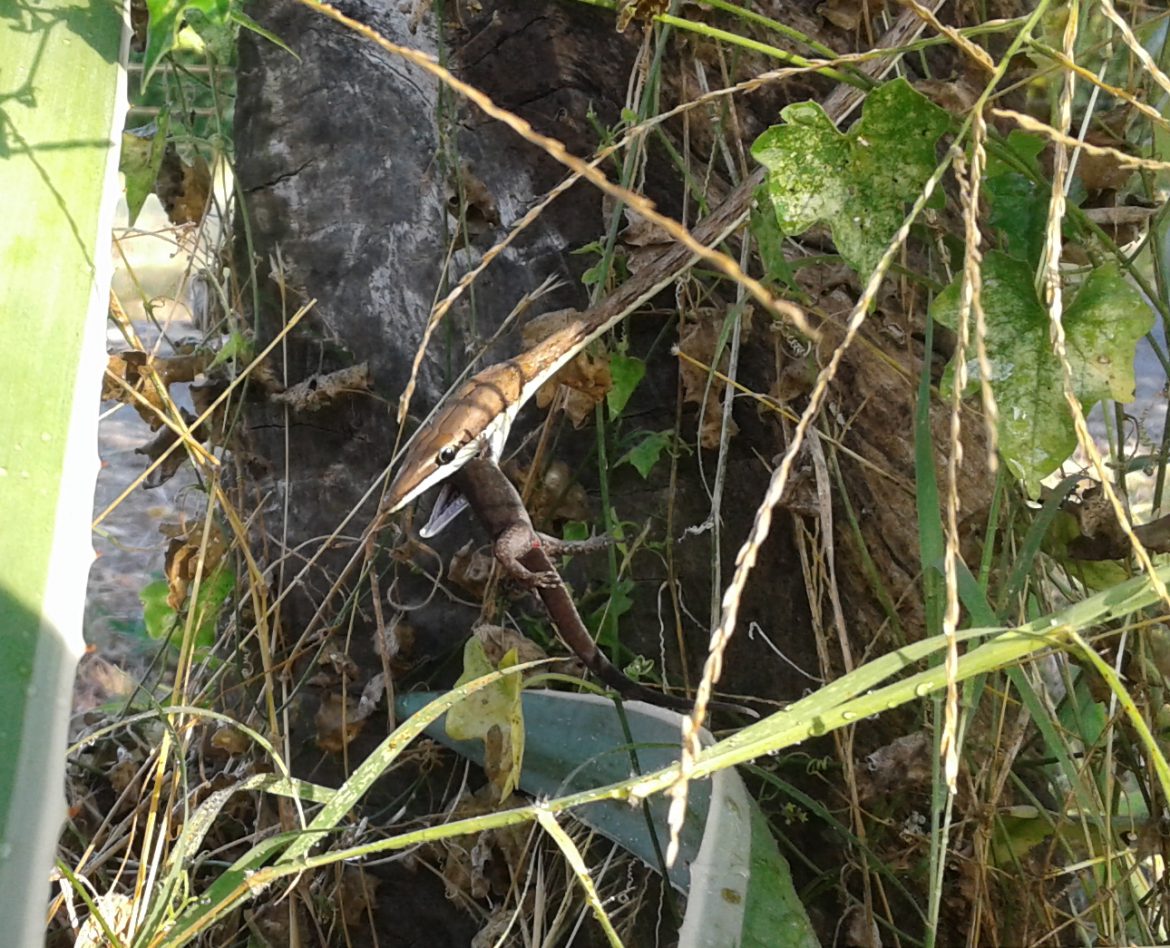 Yesterday, I was out watering the plants along my back fence line, when I saw what looked like a dead brown vine on the fence. I was about to reach over and pull it off when I noticed a very slight movement. I followed the vine down until I saw the head of a very long, very thin, brown snake. 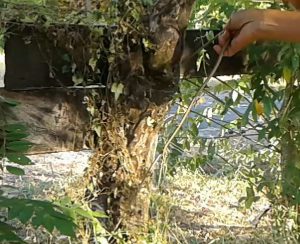 I called my husband to come and see what I’d discovered. It appeared to be stalking something in the tall grass. Moving slowly along with the breeze, it was well camouflaged! I took a video as my hubby gently pulled the snake out of the tall weeds to reveal a lizard in its mouth. It then proceeded to carry the lizard up a tree. The snake was pencil thin and about 4 feet long. It could hold half the length of its body straight up, even with the lizard in its mouth. Totally amazing thing to witness ~ my first sighting of a live snake in Panama after 4 years!

Researching, I found out it is called a Brown Vine Snake (Oxybelis aeneus). They are found from Arizona in North America to the north of Brazil in South America. They can grow up to just over 6 feet long. It can be gray to brown on top with a cream colored bottom. Brown Vine Snakes mostly eat lizards and frogs, but I read that they may even eat birds. Hmmm…tiny baby birds maybe? They are also a mildly venomous rear-fanged snake, but it is not considered dangerous to humans. However, a bite can cause an itching sensation. Don’t think I want to test that, although I may have learned a lesson if I had pulled that “dead vine” off my fence! It also secretes a foul smell when threatened and Patrick did notice the strange odor after he touched it.

This snake was in a backyard in the barrio Las Palmas. Remember, you are in the tropics and there is jungle all around Puerto Armuelles. Abundant wildlife can be found if you keep your eyes and ears open!

What interesting critters have you seen around Puerto?