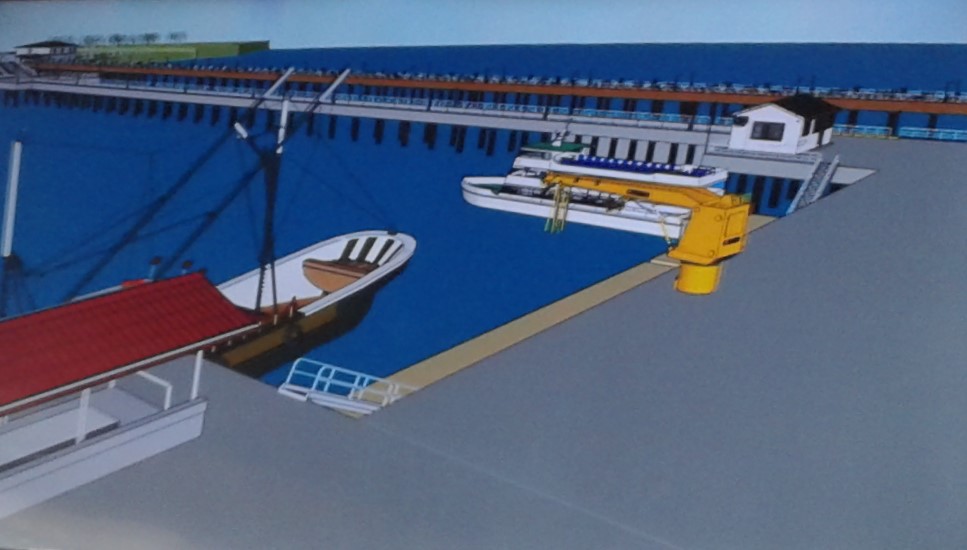 Friday, January 17, 2020 was another momentous day for Puerto Armuelles! On this day, the Administrator of the Maritime Authority of Panama (AMP), Noriel Araúz, announced that on April 1st, 2020 the tender will be made public for the Design and Construction of the new multi-purpose fiscal dock for Port Armuelles. 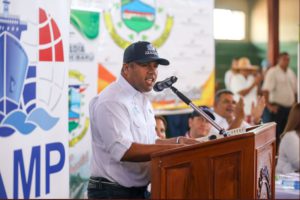 Araúz added that “We are making history by giving concrete answers to a population that for years were forgotten by previous governments, we will also promote jobs that will contribute to economic dynamism and, above all, will provide the thrust needed by the maritime sector in the province of Chiriquí .”

The announcement was delivered during an event held at the Municipal Gymnasium of Puerto Armuelles, attended by the Minister of Culture (MICULTURA), Carlos Aguilar Navarro, the Secretary of the Tourist Cabinet, Samuel Gozaine, the Director General of Migration, Samira Gozaine, the Director General of Customs, Tayra Barsallo, the Director of Civil Aviation, Captain Gustavo Pèrez Morales, the Deputy Administrator of the AMP, Ana Reyes, the Governor of the Province of Chiriquí, Juan Carlos Muñoz, the Mayor of the District of Barú, Marcos Beitìa, Barú, District authorities, artisanal fishermen associations, residents, media, as well as other guests.

There were video presentations, announcements, and pictures shared of the new pier concept and the rehabilitation of the old pier as well. Yes ~ there will be 2 piers in downtown Puerto! 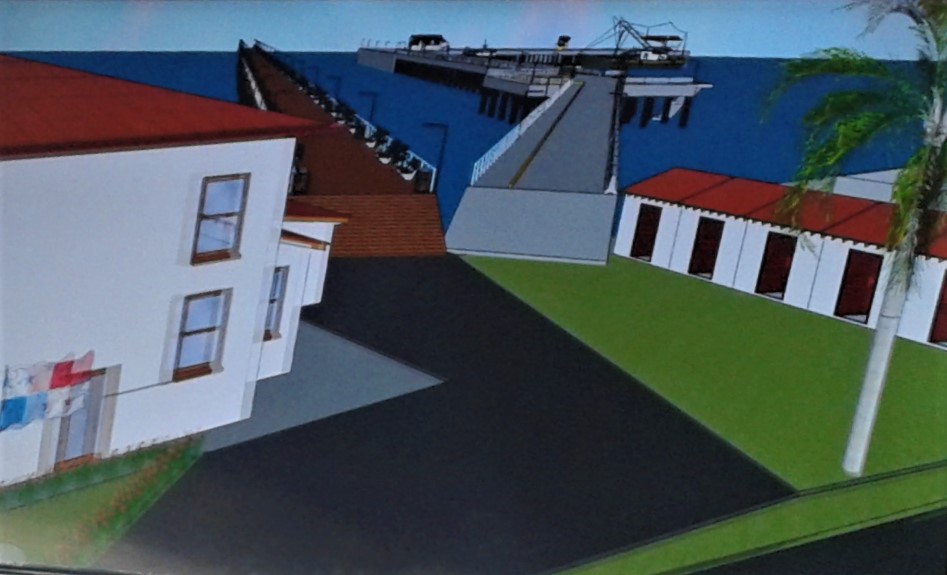 1. Rehabilitation of the old pier:

The existing pier will be rebuilt by replacing the old wooden planks and railings and removing the collapsed structure. The plan is to create a boardwalk, with benches for tourists to sit and enjoy the views. There will also be safe areas for artisanal fisherman, using poles to catch fish from the dock. The decision to preserve the old pier was made because “the dock is a legacy to the history of Puerto Armuelles.”

This pier will be for the benefit of artisanal fishermen (using pangas and other boats), the auxiliary maritime industry, passengers and tuna and shrimp vessels. It will consist of a bridge that will connect the mainland with a first platform, where fishermen will be able to reach and lower their products. A second bridge will also be built, which goes from the fishermen’s platform to an industrial passenger dock. The structure will be a floating dock where up to one hundred (100) passengers can be received, tuna and shrimp boats up to forty-five (45) meters in length, and container vessels will be served on the inside and outside of the pier, depending on the draft and the dimensions of the vessel. “This is the seed that AMP is contributing to economic growth in Puerto Armuelles.”

See the design concept in this video:

On the mainland, a two-story building is part of the project. The first floor will be a seafood market, which will include high quality health management measures of the fishery products, increasing the current standards.  Consumers will be able to buy directly from the fisherman, without a middleman. This means more money for the fishermen and fresher seafood at better prices for the consumers. Administrative offices of AMP will be located on the second floor, to manage the needs of the new multi-purpose International pier.

The project will include modern infrastructures of the highest quality.

Job creation: The specifications for selecting the contractor requires that, for the construction phase, a major part of the workforce shall be residents of Puerto Armuelles or, if necessary, the district of Barú, to encourage local employment. In the operational phase, once the construction is finished, the direct beneficiaries of the terminal will be the fishermen’s association, merchants of the products, and the tourism sector.

In the month of March 2020, the selection process will begin and the tender will be made public April first. The cost of the project is expected to be about $19-20 million. It is estimated that by the end of this year (2020) the first stone will be installed, and the double pier project will be completed by December 2022 or January 2023. The docks will be 100% operational in 2023!

The Meeting closed with the mayor of Barú, Marcos Beitía, saying that “it has been an arduous task to achieve the purpose, achieved with the support of the central government for the projects and plans. We are focused on correcting the direction of our district and we will not rest until the people have better days again.”